Massimo Florio is Professor of Public Economics at the Department of Economics, Management and Quantitative Methods at Università degli Studi di Milano. Awarded by the European Commission a Jean Monnet Chair “Ad Personam” of EU Industrial Policy, he has been the scientific coordinator of a Jean Monnet network of six universities. His main research interests are in applied welfare economics, cost-benefit analysis, industrial and regional policies, infrastructure and growth, privatization, public enterprise and socio-economic impact of research infrastructures.

University of Milan
Department of Economics, Management and Quantitative Method
Via Conservatorio 7
20122 Milan 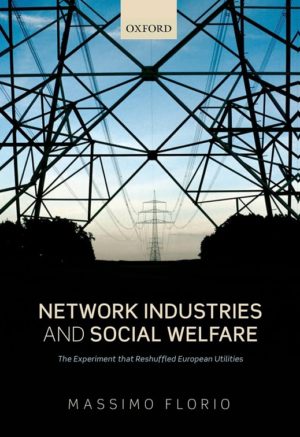 A dramatic change of ownership, regulation, and organisation of essential public services, such as electricity, gas and telecommunications, has taken place in Europe in less than twenty years. This was not the outcome of spontaneous adaptation, but an entirely top-down policy experiment, mainly conceived in London during Mrs Thatcher’s years, then pursued in Brussels – the ‘capital’ of the European Union – and imposed to more or less reluctant players by laws, directives, regulations, administrative and judicial decisions. The European reform paradigm revolves around three pillars: privatisation, unbundling, and regulated liberalisation of network industries. These industries, despite the reforms, are still special, as they include core natural monopoly components (the electricity grid, the gas pipelines, the telephony networks, etc), are often based on complex system integration of different segments (for example of electricity generation, transmission, distribution and retail supply)  and  offer services that have critical social and economic importance, from heating to internet. It seems a good time to ask plain questions: Are the consumers in Europe happier after the reforms than before? Do they pay less? Do they get a better quality for the services? This book tries to answer these questions. After an overview of the main facts, of the conceptual issues, and of the empirical evidence particularly on prices for households, their perceptions of quality of service, and of issues of utility poverty and social affordability, the book suggests that the benefits of the reforms for the consumers have often been limited and that  governments should reconsider their overconfidence in regulated market mechanisms in network industries.

“Prompted by a journal referee, I gave a quick read to the book by Massimo Florio on network industries in Europe. I should have read this book before, which does not mean that I agree with everything he says. This autor had already published a critical overall analysis of the privatization experience in the UK. Along the same lines of examining broad policy experiments, he analyzes what he calls the paradigm of network industries’ policies in Europe in the last 20 years. I like books like this, that take a look at the big picture. The author had discussed with the late social-democrat thinker and historian Tony Judt about the experience of privatizing railways and utilities, something that Judt had criticized in his last years. Having that connection is a badge of honour. I sympathize with the emphasis that Florio gives to the variety of corporate forms that still exists in utilities, including state-owned firms like those in Scandinavian energy. Florio argues that the dominant paradigm in Europe was born in Margaret Thatcher’s Britain. However, the British paradigm did not include permanent regulation, as explained by Jon Stern in a paper discussing the origins of the UK reform. I am not even sure that the experiment started in the UK: USA (not only with Reagan), Chile, and other countries also experienced with various aspects of reform, not all of them good, or bad, or even finally reflected in the European experience. I also sympathize with the idea of public inetrvention in network industries encompassing a variety of objectives, which introduces caveats to the institution of independent regulation. Florio also correctly argues in my view that in the EU there is too much harmonization, but too little market integration. Still, I would not go back to state ownership monopolies, and I would have given more consideration of trade-offs, such as the one between investment commitment and short run objectives. I’ll give it a second slower read, and perhaps I’ll try to write a proper book review for a journal, if I have time. The book deserves it, and it’s supposed to be my topic.”

“Florio (2013) challenges the dominant paradigm that liberalization of network industries in Europe in the last two decades has produced socially efficient outcomes by posing three research questions: (1) whether ownership matters for pricing and social welfare; (2) whether vertical disintegration is a condition for obtaining competitive prices; and (3) whether competition actually leads to lower prices to consumers. The author addresses these questions by assessing (a) the results of liberalization in telecommunication, electricity, and natural gas, and (b) consumers’ perception concerning quality and affordability of these services. Before answering to these questions, however, it is important to understand the European paradigm, particularly its three pillars. […]”

“[…] Two features of this book stand out. The first is the emphasis on consumer welfare in general and on poor consumers in particular. This emphasis changes the generally held perspective of economists on social surplus and makes one look at the network industry reforms quite differently. The second is that the author has answered a great challenge in empirically assessing such large-scale policy reforms. The book is well worth reading.”

“[…] Network Industries and Social Welfare. The Experiment that Reshuffled European Utilities is a comprehensive volume on the regulatory reforms of the utilities in the EU and its effects on consumers, both by the detailed analysis of the author and by the multiple dimensions considered and careful argumentation of the findings. It constitutes useful reading by all researchers interested in the recent developments and current situation of public services in the EU and its regulatory paradigm. These are issues of great interest considering that they provide the basic services that affect more than 500 million citizens and potential consumers.”